SSC MTS Cut Off 2021: The Staff Selection Commission (SSC) will declare the SSC MTS Final Cut Off along with the result in December 2021 on the official website @ssc.nic.in. The SSC MTS Exam for Paper 1 has been scheduled from 05th October to 12th November 2021. The commission is going to release the cut off for the SSC MTS 2021 exam by December 2021 tentatively. The SSC MTS Cut off 2021 Expected cut off as well as the cut off for previous years can be checked from the tables below.

SSC releases cut-off marks for the SSC MTS exam with the SSC MTS result 2021. The cut-off is released with the result for particular stages officially on its official website @ssc.nic.in.  We can expect the final cutoff of the SSC MTS 2021 by December 2021 tentatively.

SSC has released the important dates for the SSC MTS 2021 exam. the exam is scheduled to be conducted from 05th October to 12th November 2021. The below table will show you the detailed information about the SSC MTS Exam dates:

SSC MTS Results will be released in December 2021 tentatively. SSC MTS cut off is calculated taking the following factors into consideration: 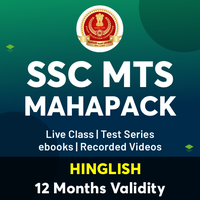 Candidates can check the cut-off of the SSC MTS Tier -1 and previous year exam for prelims, mains 2019 exam in the table below. SSC MTS is one of the high competition level exams as lakhs of students take up the exam every year. SSC MTS cut off holds good value in the final selection. The marks of all the tiers are going to add to the final result of SSC MTS.

The candidates can go through the article below and check the SSC MTS Previous year cut off for the past few years.

The given data has been released by SSC, which represent some highlights of the SSC MTS Exam 2019:

The category-wise breakup of candidates provisionally shortlisted for appearing in Document Verification for Age Group 18-25 years.

Candidates qualifying against vacancies in the age-group of 18-27 years
Check SSC MTS Cut off Tier I 2019 for candidates of age group 18 to 27 years:

The table mentioned the SSC MTS Tier-1 Cut off for the year 2016-17. The distribution also mentions the candidates available in each category.

Check the category-wise SSC MTS Cut Off 2014 from the below table.

Check the list of states that comes under different regions of SSC:-

Q 1. SSC MTS Cut off is different for each exam?

Ans. Yes, the cut off of every stage is different, candidates need to score cut off marks for that stage to qualify for the next stage.

Q 2. How many stages does SSC MTS have?

Q 3. When will the cut off be released?

Ans. The cut off is released along with the result.

Q 4. Is there a different cut-off for each category?

Ans. Yes, there will be different cut off for each category.

Q 5. Who decides the cut-off marks of SSC MTS?

Ans. The SSC decide the cut off marks of SSC MTS.