IBPS RRB Salary 2022: The Institute of Banking Personnel Selection (IBPS) every year conducts recruitment exams for Regional Rural Banks in India. RRB offers an attractive salary along with various perks and allowances to its employees, which is the main factor due to which lakhs of candidates apply every year for Officer Grade and Assistant posts. The banking aspirants who are interested in a career in rural banks can get all the information about salary structure, allowances, job profile, and promotions from the article below IBPS will be expected to release the official notification for Officer Grade and Assistant Vacancies for the year 2022 on its official website @ibps.in tentatively in June 2022.

The IBPS RRB exam is conducted for the recruitment for Group A & B posts:

Here we are discussing the salary received by an IBPS RRB Employee.

IBPS RRB In-hand Salary for Group A & B posts has been tabulated below. Have a look at the glance of salary for different posts. 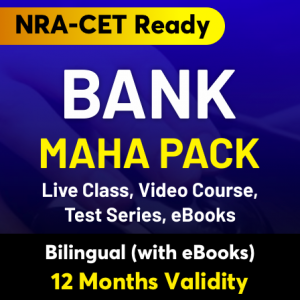 Here the IBPS RRB Officer Scale-I and Assistant Job Profiles have been explained.

Apart from the tasks mentioned here, one also has to take care of in-house staff and managing of the clerical staff. Running and operations of banks also rely on the Probationary Officer.

When a candidate is appointed as an IBPS RRB Assistant or Clerk he/she is under training or probation period of 6 months. During this time period, he/she gets acquainted with the functions that will be executed by them. The Job Profile of an IBPS RRB Clerk or an office assistant is given below:

The IBPS RRB Salary includes Dearness Allowances (DA) and House Rent Allowance (HRA) for all the scales of IBPS RRB.

The table below displays the detailed information of all the allowances provided to the IBPS RRB Officers.

Apart from these allowances, there are also the following perks tagged along with the IBPS RRB Salary in India:

» You may also read the following salary of the bank exams:

Q. What are the posts for which I can apply for IBPS RRB?

Q. What is the pay scale of the IBPS RRB Assistant?

Q. What is the pay scale of IBPS RRB Officer Scale-I?

Q. What is the salary of an IBPS RRB Officer Scale-I?

Q. What is the job of an IBPS RRB PO or Officer Scale I?

Ans. An IBPS RRB PO carries the duty of Loan disbursement & credit portfolio rating, preparation of the audit reports, and NPA recovery as well as managing the day-to-day operations of the bank.

Ans. Yes, for all IBPS RRB exams, candidates can attempt exams in the Hindi language except English subject Paper.